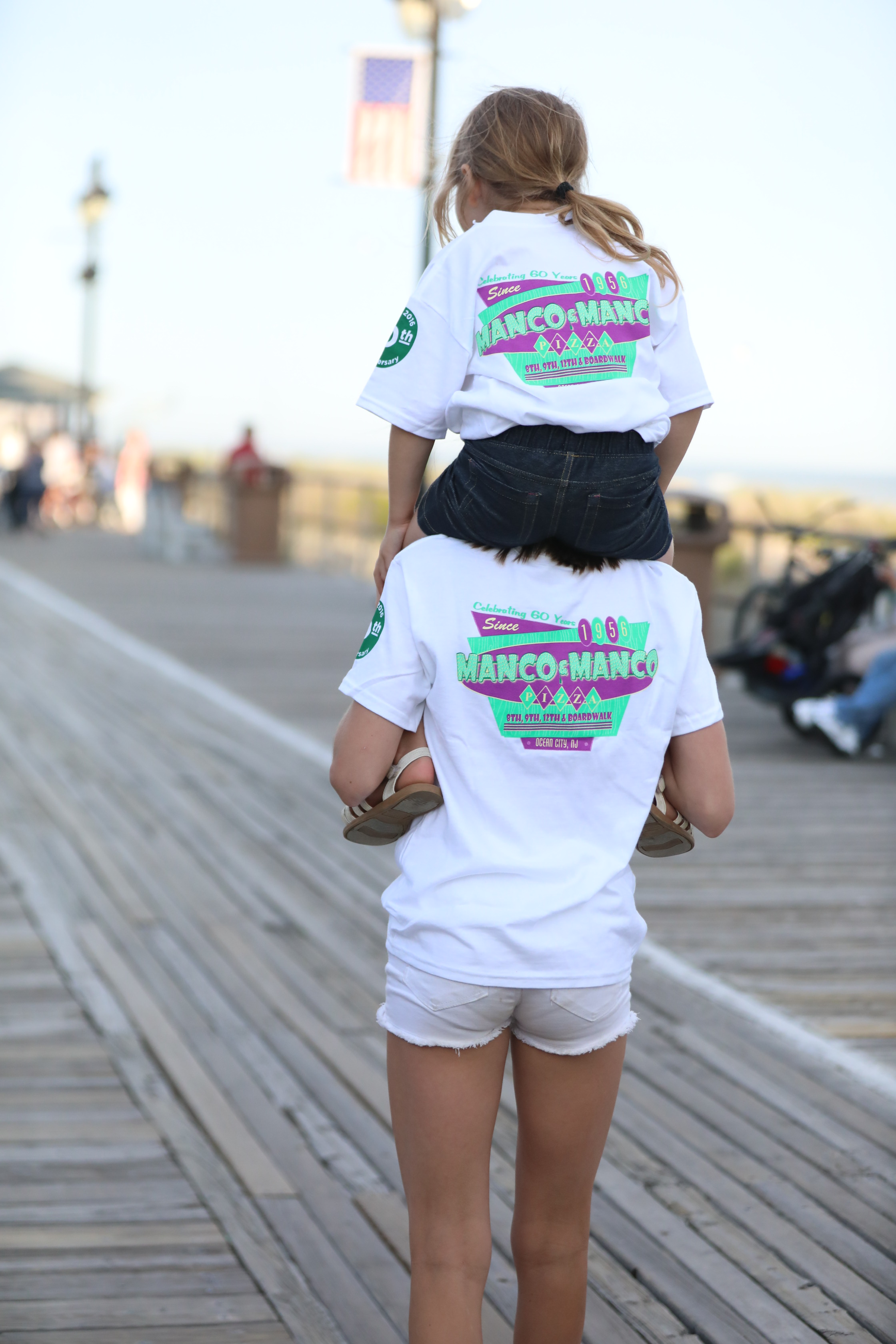 The First and Last Name in Pizza

Manco & Manco Pizza opened their first pizza parlor at 918 Boardwalk in the summer of 1956. A few years later they opened another store at 7th Street and the Boardwalk. Frank Manco and his wife Kay opened a third store at 12th Street in the late ’80’s.

Although it seems there is a pizza parlor on every corner in Ocean City today with new ones opening every season, Manco & Manco is never afraid of the competition and attributes the endurance of Manco & Manco to their consistency. “It’s our consistency that makes the clock turn,” says Kay Manco, “and our survival stems from our loyal customers who come back year after year.” With Kay and Frank’s daughter Mary and her husband Chuck Bangle, a third generation is continuing the business in the same tradition.

One of Manco & Manco’s traditions is making the pizza fresh in front of the customers, with the pie maker putting on an entertaining show for the customers, twirling the pizza dough in the air to stretch it. “We have been very fortunate to have such good employees,” Kay adds.

Manco & Manco have expanded their menu since 1956 when plain pizza and soda were the only things on the menu. Besides the traditional thin and crispy cheese and tomato sauce pizza, we now provide a variety of new offerings, like Venetian pizza with whole sliced Jersey tomatoes and a number of other toppings such as broccoli and spinach along with the old favorites like pepperoni and sausage. Our menu may have changed over the years, but one thing has never changed at Manco & Manco – their dedication to providing their customers with the freshest, hottest, crispiest and tastiest pizza possible. An Ocean City tradition you can always count on.